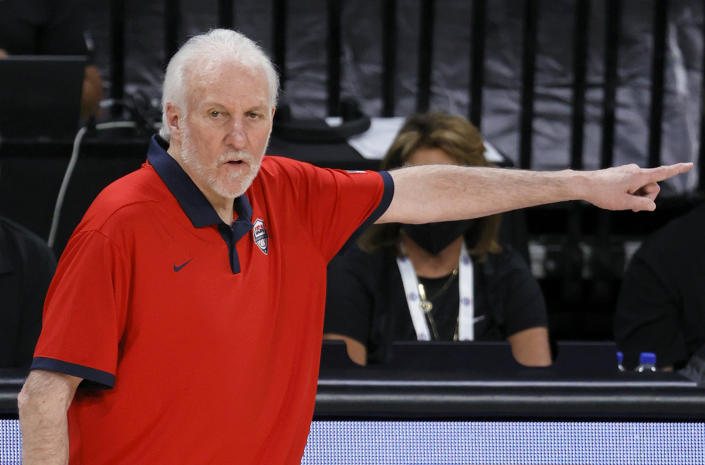 The Americans fell to Nigeria 90-87 on Saturday, too — which was the first of five exhibition games they’ll play before making the trip to the Tokyo Olympics, where they are overwhelming favorites to win the Gold medal. The team has lost just four times since the 1992 Dream Team, and were 54-2 before the back-to-back losses.

Team USA jumped up early on Monday night, and took a slight nine-point lead at the break. Australia, however, pushed back to take a five point lead after the third quarter and then held the Americans to just a single point in the final 4:35 of the contest.

Damian Lillard led the team with 22 points while shooting 6-of-11 from behind the arc, and Kevin Durant added 17 points. Bradley Beal put up 12 points, too, but those three were the only Americans to score in double figures.

Patty Mills led Australia with 22 points, but was followed closely by Joe Ingles’ 17. Matisse Thybulle and Chris Goulding combined for 23 points off the bench, too. They shot nearly 53% from the field as a team.

Popovich and Team USA will have three more exhibition games before the Olympics, starting with a matchup against Argentina on Tuesday. Nigeria beat Argentina by 23 points on Monday night.