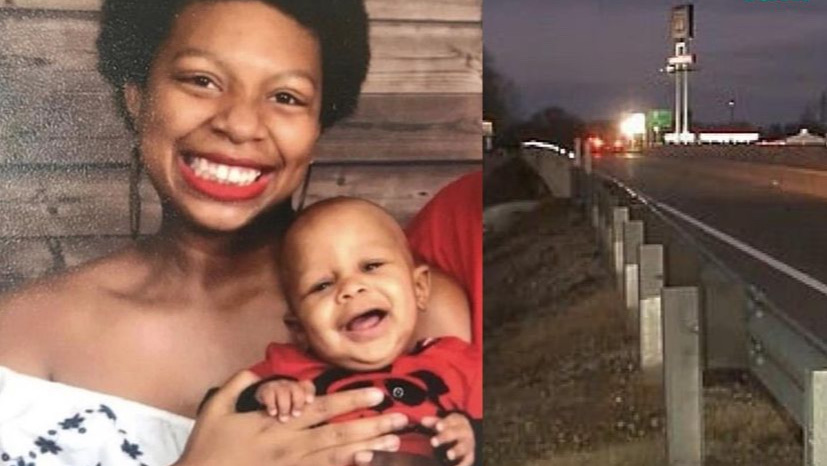 Neighbors, police are still trying to figure out why a 26-year-old Memphis woman jumped from an interstate overpass with her baby in her arms, killing herself and the child back in January .

The Madison County Sheriff’s Office said deputies responded to a call just after midnight to a crash at the Shell Station on Law Road, just south of exit 93 on Interstate 40.

While deputies were on the way, they received more calls about a female driver trying to hit the gas pump. Witnesses said she then got out of the vehicle with her child, walked over to the interstate overpass and literally disappeared.

A few minutes later, they received a call from a driver stating a “large object” had fallen from the bridge and struck his truck, as he was traveling westbound on I-40. When deputies arrived, they  located the bodies of Tonisha Lashay Barker, 26, and her baby boy.

The woman’s grandmother said she had been depressed in recent days. Her job at a COVID-19 testing site had ended in December. Her death is being considered a suicide, while her sons death is still under investigation.

Make sure y’all check on your loved ones.