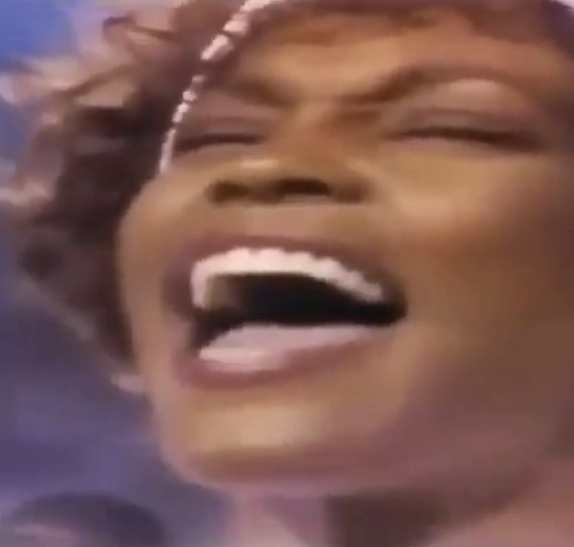 Neighbors, 30 years ago Whitney Houston blessed us with one of greatest performance of the National anthem ever at the 1991 Super Bowl! Now what’s crazy is that this iconic performance almost didn’t happen.

According to USA Today, The U.S. was just two weeks in “Operation Desert Storm,” which was the Gulf War and many didn’t think that it was safe to have a Super Bowl game. Due to war the tensions were high and many Americans could have been in harm’s way, but President George H.W. Bush had pushed for the Super Bowl game between the Buffalo Bills and New York Giants to proceed as normal.

The NFL also wanted the National anthem to be performed in a traditional manner since Roseanne Barr tried to be funny when doing the Star-Spangled Banner before a Major League Baseball game and many felt that performance disrespected the American troops.

So the NFL was worried that Houston would put her own spin on it, which she did! Houston’s rendition of the Nation anthem become one of the greatest of all time.

The Coast Is Clear! Kanye West Moves Out 500 Pairs Of Sneakers From The Family Home While Kim Is On Vacation