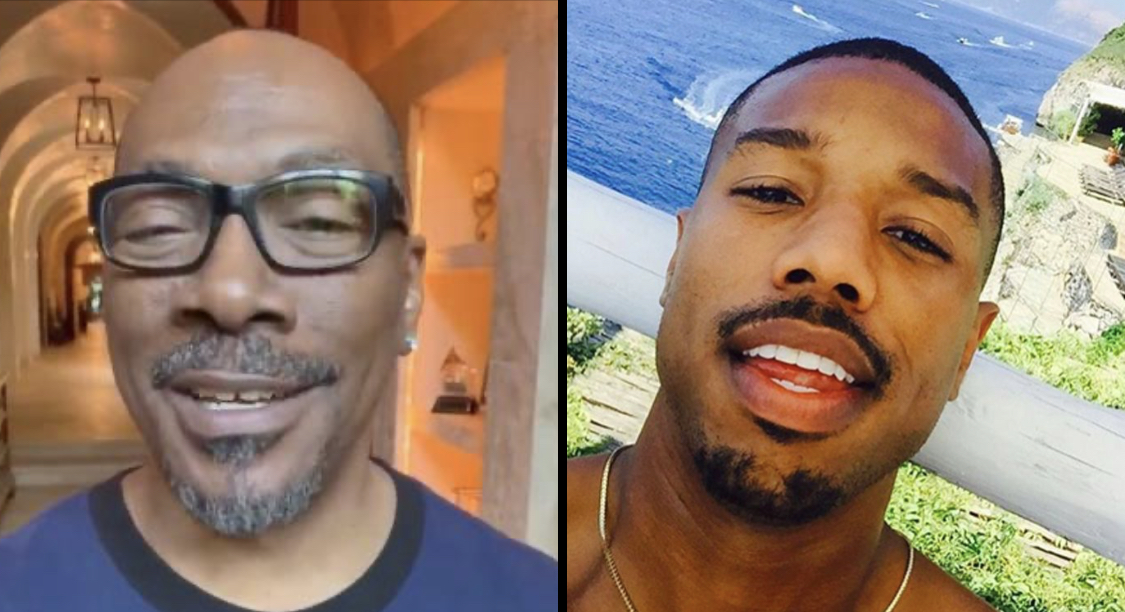 Neighbors, just about everyone is excited for the sequel of “Coming to America” to drop next week. The movie is set to have a star-studded cast including Teyana Taylor, Davido, Rick Ross and more! What’s interesting is that the movie was also set to include Michael B. Jordan but it appears Eddie Murphy put a stop to that.

During an interview with The NY Times, Murphy shared that there was another version of the Coming to America sequel pitched by Black Panther director Ryan Coogler.

“[Coogler] had an idea for Michael B. Jordan to play my son and he would be looking for a wife,” Murphy told The New York Times. “I was like, then the movie would be about the son, it’s not our characters, we already did that. It didn’t come together.”

Murphy rejected the idea, but was still excited to do some form of the sequel after seeing “Coming to America” tributes online.

Cardi B Addresses Social Media Bullying Mac Miller: “Ya Don’t Care Till Somebody Is Gone”