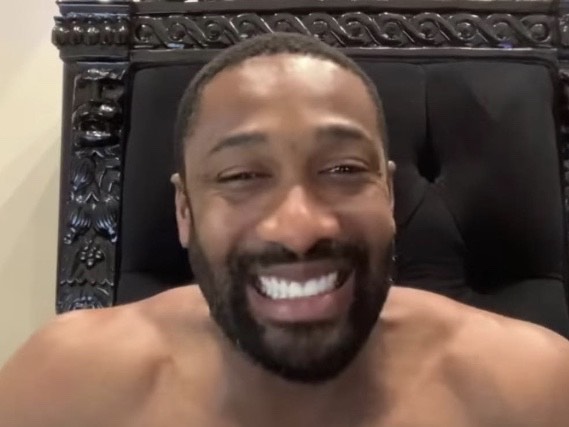 Neighbors, Gilbert Arenas may have 99 problems, but winning the lottery isn’t one! As he won $300,000 after a homeless man helped him win.

Gilbert took to Instagram to tell the story on how he won the Powerball. He mentions how he stopped at a gas station on the way to play the Powerball and was stopped by a homeless man who asked him for some money.

He told the man he only had $10 on him but could give him $5 and use the rest for gas. The man asked Gilbert where he was going, and he told him he was going to another gas station so that he play his numbers before it close.

The man told Gilbert that he wouldn’t make it on $5 and to “keep the $10 and after u win, hook me up with $20.” Gilbert said are you sure and the man said, “yes, I know you’re going to win.” When Gilbert arrived to his favorite gas station it was closed.

Gilbert then writes that he woke up to a text the next day saying, “Congratulations U won 300k.” But he ignored it because he thought it was a scam. When he went to his favorite gas station later that day to play the Powerball, the owner told him “you won i texted u. I said, ‘huh I didn’t play yesterday.’ He said, ‘I played ur numbers for u becuz I was closing early and u WON.

Gilbert said he visited the homeless man on Saturday and “gave him his cut,” an amount he didn’t disclose. “He jumped up and hugged me for 5 mins crying and then started to pray.”

Tiffany Haddish Recalls Kevin Hart Giving Her A Role On His Show, After Learning That She Was Living Out Of Her Car

Erika Alexander Reveals That She Was Almost Dismissed From ‘Living Single’ And That The Firing Of T.C Carson Still Brings Her To Tears